Curved Forms, Out of the Loop: Portugal’s Nadir Afonso

Curved Forms, Out of the Loop: Portugal’s Nadir Afonso

Nadir Afonso: Without Limits at Mnac-Museu do Chiado, Lisboa

Are there universal laws governing the development of abstraction? The canonical American Abstract Expressionists (Pollock, de Kooning, Rothko) started in the WPA years as naturalistic painters, passed through Surrealism in the early 1940s, and then made the breakthrough into their varied forms of abstract painting. Nadir Afonso, born into a very different culture, in a small town in Northern rural Portugal, in 1920, studied architecture and then painted magnificent cityscapes like Vila nova de gaia (1942). In the late 1940s, working in Paris for Le Corbusier, he did surrealist pictures like Èvora surrealista (1945). Unlike his American colleagues, however, he always retained a geometric structure. No doubt this was a natural device for a practicing architect.  Hethen quickly moved into what he called “pre-geometrism,” making paintings like composiço geométrica (1947), positioning circles, squares and rectangles painted in soft, neutral colors in a flat field.  He lived for a time in Brazil. When he returned to Portugal it was to make purely abstract paintings employing curved forms, which he associated with the baroque architecture of Porto. Around 1950 he entered what the catalogue calls his “Egyptian Period,” employing geometries he associated with hieroglyphics. And then when in 1954 he moved to Paris to produce kinetic abstractions like Espacilimitè (1958). He was involved with the Galerie Denise René, where kinetic art was shown, and exhibited alongside Victor Vasarely.

This large exhibition included only two small rooms of Afonso’s early landscapes and Surrealist pictures, but too many of his later paintings. When a gifted artist is frankly repetitive, he is not served by a very full display of many of his variations on a limited range of themes. It only takes us up to 1960 and so I look forward to learning what Agonso has done more recently. Now ninety, he’s still at work.  It’s hard to name a famous Portuguese painter. Paula Rego was born there and has her own freestanding museum just North of Lisbon, but her career has unfolded in London. Like many of the smaller European countries, Portugal doesn’t have an easily identifiable visual culture. Spain has a long tradition, including El Greco, Velazquez, Goya and Picasso. It’s impossible to name equivalent Portuguese visual artists. In this way, Portugal is like Greece or Ireland or Sweden, other countries, which have not produced a single canonical artist.  The novelist José Saramago has become world famous, but no Portugese painter is well known internationally.

Afonso’s urban-based abstractions will remind an American of Peter Halley’s cells, but rounded and done in pastel, like many buildings in Lisbon.  How, one wonders, did Afonso, whose goal was creating harmonious spaces, respond to the dramatic history of his native country, which during his lifetime has passed through fascism to now become a functional, if troubled democracy? In Latin America, Mondrian-style abstraction was associated with hope for a utopian social order. It would be extremely interesting to know how Afonso understands the relationship between his development and Portugal’s politics. For abstractionists based in or coming from America, the city offers a structure. Look at Cy Twombly’s 1960s painterly abstractions, which are based upon his Roman life; at Ellsworth Kelly’s great  early paintings, which are grounded in his experience  in the 1950s of Paris; and Sean Scully’s reductive paintings, which grow out of his life as an emigrant in New York in the late 1970s. The grid, the stripe, or indeed any regularly repeated element can serve to organize abstract painting. So too can graffiti-filled walls or geometric structures. Afonso comes from a different culture, and so it is not easy for an American to understand his abstractions. But doing that is worthwhile because it provides a valuable perspective on our art and also, more importantly, because his paintings are intrinsically interesting. Some people, Baudelaire writes, go to museums only to see a few masterpieces. Fortunately, he adds, “there come forward righters of wrong. . . curious enquirers” who declare that minor figures “too have something good, solid and delightful to offer.” We Americans need to learn more about art from other cultures. Doing that, a necessary act of political generosity, is a way of enriching our experience of the art of our own country. 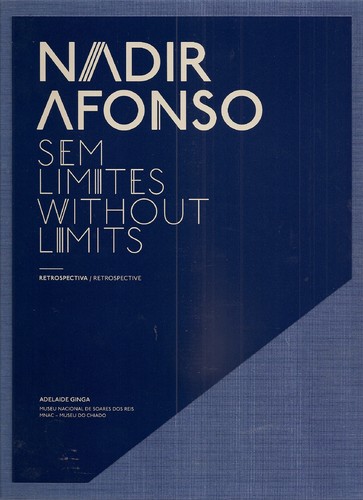